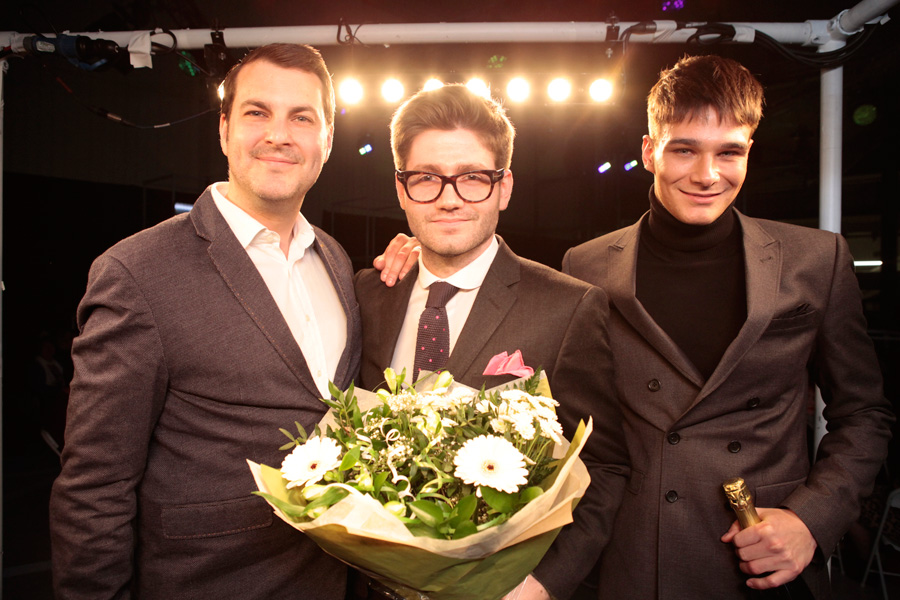 The Raymond Bottone Team are still on a high after the team won a place last week at the L’Oréal Colour Trophy Grand Final 2014 after becoming the Eastern Winner. The team fought off strong competition and wowed a panel of high-profile award winning judges with their Autumn/Winter 2014/15 fashion inspired look.

“I couldn’t believe we won, after nearly 5 years since we opened its nice to put a cherry on the cake. We were really lucky, there was some really strong competition” Raymond said.

Master stylists Sara and Raymond were the team leaders in both the Mens and Women’s categories, with an aim to keep an original and simple look.

On 16th April at IWM Duxford, Raymond Bottone had only 30 minutes to create his fashion inspired, flawless winning look under the gaze of the elite group of accomplished judges. Set against a back drop which can only be described as inspiring, fashion focussed and on-trend, Raymond Bottone battled against 60 other salons in the inspiring, high energy regional final.

On Monday 23rd June at the prestigious Grosvenor House Hotel, Park Lane, London Raymond Bottone will have one chance at winning the famed 59th L’Oréal Colour Trophy. The Grand Final show promises a thrilling and inspirational evening featuring 3 spectacular hair shows by some of the industry’s most illustrious names in hairdressing.

Thank you to all of our clients, friends and team for their on going support, we couldn’t have done it without you.