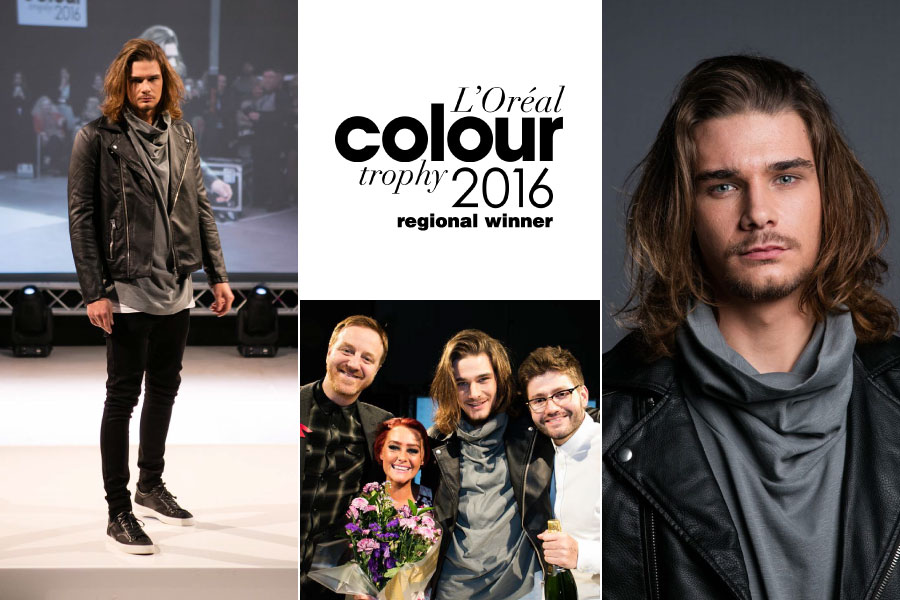 We are over the moon to have won the Eastern regional of the L’Oréal Colour Trophy Awards 2016 for a second time, and can’t wait to compete in the Grand Final event in June for the coveted L’Oréal Men’s Image Award 2016.

A thrilled Raymond said, “This is the 3rd year running we’ve reached the regional finals, and the second year we’ve been crowned Eastern regional winners. It’s an amazing achievement to reach the national Grand Final again, and receive such recognition for our excellence in hair cutting and colouring. It is a huge honour to be selected to compete with the crème de la crème of the UK’s hairdressers and I’m so looking forward to it, although a little nervous.”

The salon started its award-winning journey in February when their entry was chosen from 1000 initial entries to go forward to the regional finals. Having won the Eastern regional Raymond Bottone is one of just 18 UK hair salons who will now compete to win the top title in London this summer.

On Monday 13th June, 2016 Raymond, Kelly and model James will have to complete one final challenge to win this prestigious national hairdressing award as they compete against the winners from the other regions in the Men’s category.

Model James had been growing his hair for almost a year to help the salon team achieve the fashion-forward look they wanted, and it certainly took the judges by storm. Raymond explains, “I feel a more undone, casual look is coming into play for men’s hair and fashion. James’ look was my vision of the streets around us and the culture that thrives in them.”